Built in the 1930s, Northwood House tennis courts have withstood coastal wind, rain and sunshine for over 90 years.  The six courts are the largest public courts on the Isle of Wight. Located above Cowes, players and spectators enjoy fabulous views across the Solent with the Grade II* listed Georgian Manor House in the background.

The long-awaited surface refurbishment is thanks to a grant of £80,000 from the Beaverbrook Foundation, which has saved the courts from the imminent threat of closure, as the playing surface degraded.

Located in the centre of Northwood Park the courts are a unique community facility for residents and visitors alike.  Coaching and equipment are available, with regular free “Try Tennis” sessions.

As part of the refurbishment a basketball court will replace one of the tennis courts, with additional netball posts, to encourage more outdoor activity for local children. Community groups and schools will be able to use the courts to increase participation in sport.

Appointed contractors Prestige Tennis Courts Ltd have started by drilling holes in the court to create drainage and filling with pea shingle.  They will then apply specially manufactured tennis tarmac that will last until 2040 and beyond.  The work will take approximate 4 weeks to complete, so play will resume in early December.  The surface will be colour coated in the Spring.

Laura Levi, trustee of Beaverbrook Foundation said, “These courts represent an opportunity to give local children the chance to play sport for free. It continues my late father Sir Max Aitken’s tradition of charitable giving to small groups that can make a big difference”.

This work follows on from replacement of the fencing in the spring thanks to donations from Wight Shipyard and other local organisations and individuals. 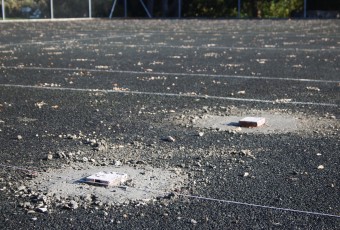 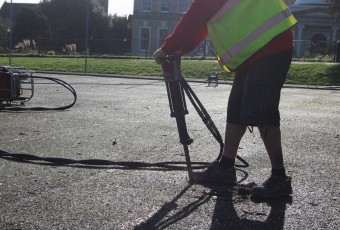 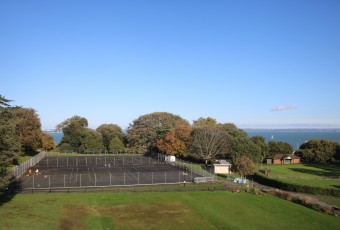 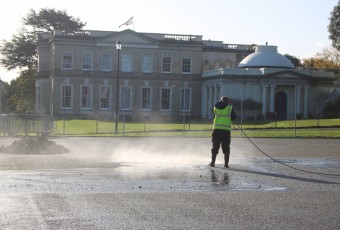 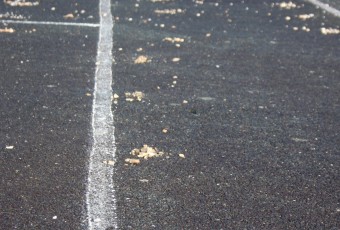 About the Beaverbrook Foundation

Established by the first Lord Beaverbrook in 1954, the Beaverbrook Foundation is a UK registered charity dedicated to supporting good causes. Over 870 charitable organisations have received grants over the last 60 years.

The Foundation is the home of The Beaverbrook Library, an important archive of private papers, currently held in the Parliamentary Archive. The Foundation also has a collection of over 8,000 historic twentieth century British political cartoons, and an extensive library and art collection.

One of the areas that the Foundation has increasingly concentrated on has been supporting small charitable projects; recognising that it is often more difficult to raise a few thousand to refurbish a church hall than it is to raise millions for a major public building. It is often the small donations to the small charities that make a big difference.